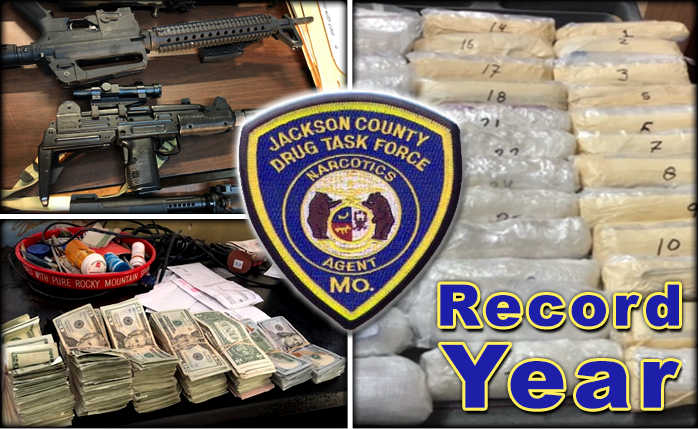 "I guess there's two ways to look at those numbers," says the Task Force's Officer-In-Charge, Dan Cummings. "Does this mean we have more drugs than ever before coming into the county? Or, does it mean we're just doing a better job going after the drug traffickers?"In 2010 we seized just over a million dollars in controlled substances and presented 52 cases for prosecution. Those numbers jumped to over $30 million last year and 207 cases presented. When you compare those numbers, going back 10 years, I think they show we are doing our jobs better. The drugs have always been there—always coming in. We are now catching more of the traffickers and dealers—and keeping more of their drugs off the streets."

COMBAT accounts for all of the Jackson County Drug Task Force's funding. In 2019 the COMBAT tax provided the Task Force, which is comprised of detectives from multiple Eastern Jackson County police departments, with a budget of $2,280,532. That equates to $1 to fund the Task Force for every $7.50 it seized in controlled substances last year.

COMBAT accounts for all of the Jackson County Drug Task Force's funding. In 2019 the COMBAT tax provided the Task Force with a budget of $2,280,532. That equates to $1 to fund the Task Force for every $7.50 it seized in controlled substances last year.
Value Of Seized Nacrcotics

"Look at all those cases the Task Force has presented for prosecution, not just this last year but over the last several years," says Ortega. "Without COMBAT funding the Task Force, there's no way all our separate police departments—with limited resources and each trying to work independently—could mount the in-depth investigations the Task Force does and get these kinds of results."

He adds, "The Task Force is making most of its seizures before the drugs even get out onto the streets, which is when we would see the surge in violence associated with drug trafficking. So the Jackson County Drug Task Force is very much an anti-violence task force too."

The nature of drug trafficking has evolved in the last 10 to 15 years.

Tests on the methamphetamine the Task Force seizes routinely indicate its 100% pure. Cummings calls that a “clear sign” the meth has been smuggled into the Jackson County directly from drug cartel labs in Mexico.

“The meth hasn’t been cut yet for selling it on the streets,” Cummings stresses. “These cartels are so much more sophisticated than what we were dealing with in the 1990s. Back then, a lot of local people were making and selling meth to make money to support their own addictions.

"None of the meth they made was anywhere near being 100% pure.”

Most Jackson County Drug Task Force investigations are now joint efforts with either the FBI or Drug Enforcement Administration. They are tracing the cartels’ supply chains across state lines and eventually the southern board. Therefore, most cases involving the Task Force are being tried in federal rather than state courts.

“The cartels are sophisticated, efficient and prolific,” says Cummings. “We’re going to keep pursuing them and do all we can to keep their poison out of our communities.”

The numbers reinforce Cummings’ conclusion that meth remains Jackson County “No. 1 problem.” (Many of those providing treatment services that COMBAT funds agree with him. The data they collect and provide to COMBAT indicate meth is the top “drug of choice” among their clients.)

"This is how bold these smugglers are being," Cummings said, "bringing in that much meth in one shipment." 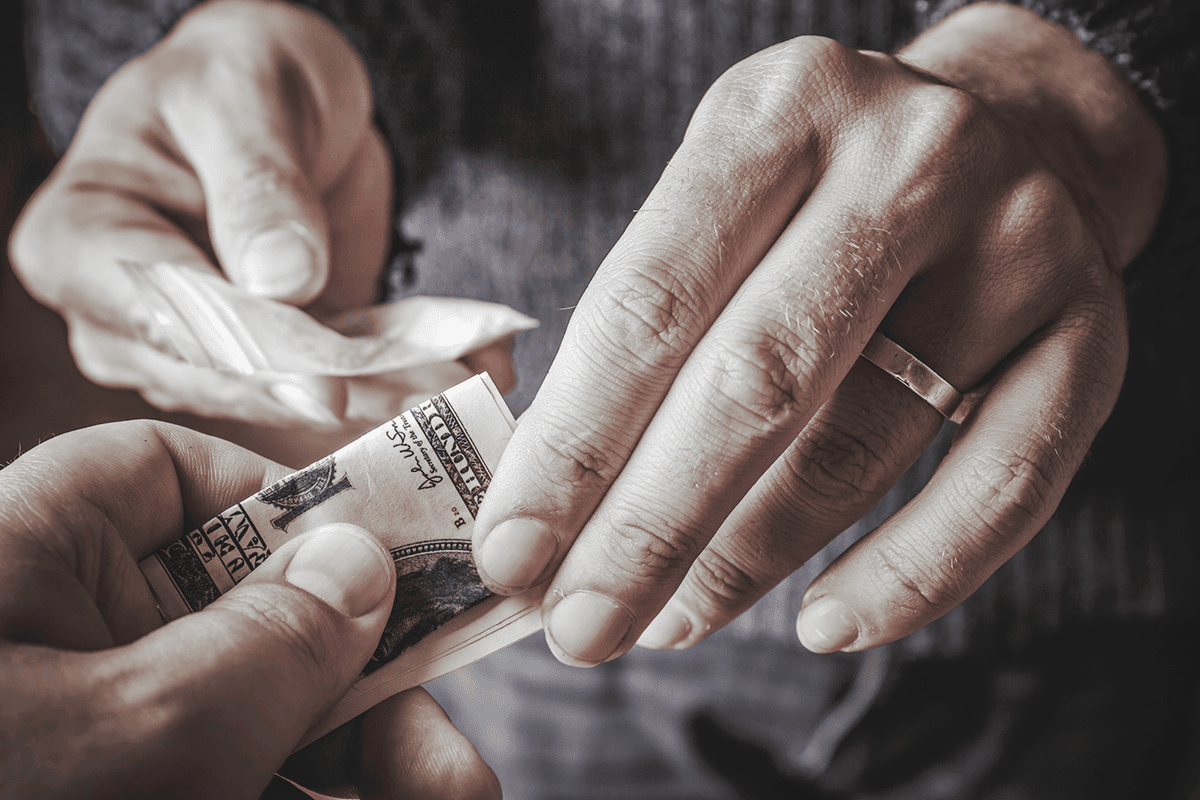 Quantifying how much meth the Task Force has prevented from being sold in Jackson County goes beyond looking at weight totals: 144 pounds in one day, 297 in all of 2019, 664 pounds from New Year's Day 2016 through New Year's Eve 2019.

Much of the meth seized has not yet been processed for direct sales.

“The street dealers normally cut the meth at least 50-50, mixing it with something else, to double their inventory so they make more money,” says Cummings. “You really need to double the numbers to get an indication of how much of this stuff we've kept out of our communities these last few years.

"When you think of it in terms of 'doses,' we're talking about a couple million 'doses' being kept off the streets. I know we're keeping some kids from getting what would have been their first 'dose' of meth or some other drug."

Ortega credits Cummings and the Task Force’s detectives for recognizing “we can’t arrest our way out of these problems.”

“They are pursuing drugs traffickers and dealers, the suppliers,” the COMBAT Director points out. “They are going after people who really prey on others.

“But, ultimately, it takes effective treatment services and prevention programs to really reduce the demand for these drugs.”