Get the Facts About Marijuana

From the National Institute on Drug Abuse.

Why Young People Use Marijuana
Children and teens start using marijuana for many reasons. Curiosity and the desire to fit into a social group are common ones. Some have a network of friends who use drugs and urge them to do the same (peer pressure). Those who have already begun to smoke cigarettes and/or use alcohol are at heightened risk for marijuana use as well. And children and teens who have untreated mental disorders (e.g., ADHD, conduct disorder, anxiety) or who were physically or sexually abused are at heightened risk of using marijuana and other drugs at an early age.

For some, drug use begins as a means of coping - to deal with anxiety, anger, depression, boredom, and so forth. But in fact, being high can be a way of simply avoiding the problems and challenges of growing up. Research also suggests that family members' use of alcohol and drugs plays a strong role in whether children/teens start using drugs - making parents, grandparents, and older brothers and sisters models for children to follow.

So indeed, all aspects of a teen's environment - home, school, neighborhood - can help determine whether they will try drugs. 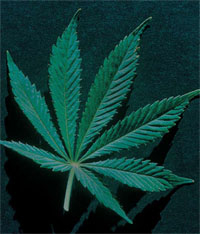 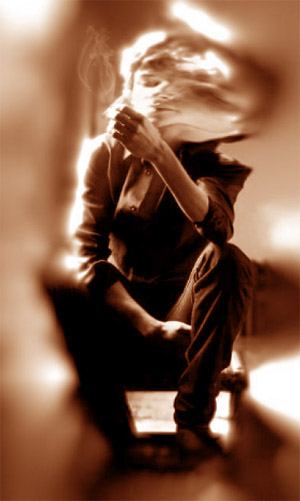 How You Can Prevent Your Child From Using Marijuana

There is no magic bullet for preventing teen drug use. But research indicates that parents have a big influence on their teens, even when it doesn't show! So talk openly with your children and stay actively engaged in their lives. To help you get started, below are some brief summaries of marijuana research findings that you can share with your kids to help them sort out fact from myth, and to make the best decisions they can based on the current evidence. These were chosen because they reflect the questions and comments that we receive from teens every day on our teen Web site and blog - what teens care about.

How You Can Tell if Your Child has Been Using Marijuana

Parents should be aware of changes in their child's behavior, such as carelessness with grooming, mood changes, and deteriorating relationships with family members and friends. In addition, changes in academic performance, increased absenteeism or truancy, lost interest in sports or other favorite activities, and changes in eating or sleeping habits could all be related to drug use - or may indicate other problems.

When marijuana is smoked, its effects are felt almost immediately. This is because THC (marijuana's psychoactive ingredient) rapidly reaches every organ in the body, including the brain. The effects of smoked marijuana can last from 1 to 3 hours. If consumed in foods, the effects come on slower and may not last as long.

Marijuana works through THC attaching to specific sites on nerve cells in the brain and in other parts of the body. These sites are called cannabinoid receptors (CBRs) since they were discovered by scientists trying to understand how marijuana, or cannabis, exerts its effects. THC is chemically similar to a class of chemicals that our body produces naturally, called endocannabinoids, and marijuana disrupts the normal function of this system. CBRs are found in brain areas that influence pleasure, memory, thinking, concentration, movement, coordination, appetite, pain, and sensory and time perception. Because of this system's wide-ranging influence over many critical functions, it is not surprising that marijuana can have multiple effects - not just on the brain, but on a user's general health as well. Some of these effects are related to acute intoxication while others may accumulate over time to cause more persistent problems, including addiction.

Repeated marijuana use can lead to addiction - which means that people often cannot stop when they want to, even though it undermines many aspects of their lives. Marijuana is estimated to produce addiction in approximately 9%, or roughly 1 in 11, of those who use it at least once. This rate increases to about 1 in 6, or 16%, for users who start in their teens, and 25-50% among daily users.

Marijuana is Associated with School Failure

Marijuana's negative effects on attention, motivation, memory and learning can last for days and sometimes weeks after its immediate effects wear off - especially in chronic users. Someone who smokes marijuana daily may be functioning at a reduced intellectual level most or all of the time. Compared with their nonsmoking peers, students who smoke marijuana tend to get lower grades and are more likely to drop out of high school. Long-term marijuana users report decreased overall life satisfaction, including diminished mental and physical health, memory and relationship problems, lower salaries and less career success.

High Doses of Marijuana Can Cause Psychosis or Panic During Intoxication

Although scientists do not yet know whether the use of marijuana causes chronic mental illness, high doses can induce an acute psychosis (disturbed perceptions and thoughts, including paranoia) and/or panic attacks. In people who already have schizophrenia, marijuana use can worsen psychotic symptoms, and evidence to date suggests a link between early marijuana use and an increased risk of psychosis among those with a preexisting vulnerability for the disease.

Marijuana Use Often Leads to Use of "Harder" Drugs

Marijuana is Unsafe if You Are Behind the Wheel

Marijuana compromises judgment and affects many other skills required for safe driving: alertness, concentration, coordination, and reaction time. Marijuana use makes it difficult to judge distances and react to signals and sounds on the road. Marijuana is the most commonly identified illicit drug in fatal accidents, sometimes in combination with alcohol or other drugs. In fact, even small amounts of alcohol, when combined with marijuana use, can be very dangerous - more so than either one alone.