Even for those fortunate enough to survive a bullet piercing their skin and violating their body, recovering physically might be only half the struggle.

Did you know a person who's survived being shot once is at a HIGHER risk of being shot again—and the next time is far more likely to be fatal?

To lower the risk of survivors face and address the psychological trauma gun violence can inflict, Jackson County COMBAT began funding Project RISE at Truman Medical Center in September of 2019.

In the 21 months since the program's launch, nearly 300 gunshot wound survivors have been screened for Post Trauma Stress Disorder and received "Psychological First Aid."

More advanced levels of mental health care have also been provided through Project RISE to those identified as being at high risk for chronic PTSD or those who have requested it.

Since the end of 2016, there have been more than 2,000 non-fatal shootings in Jackson County. 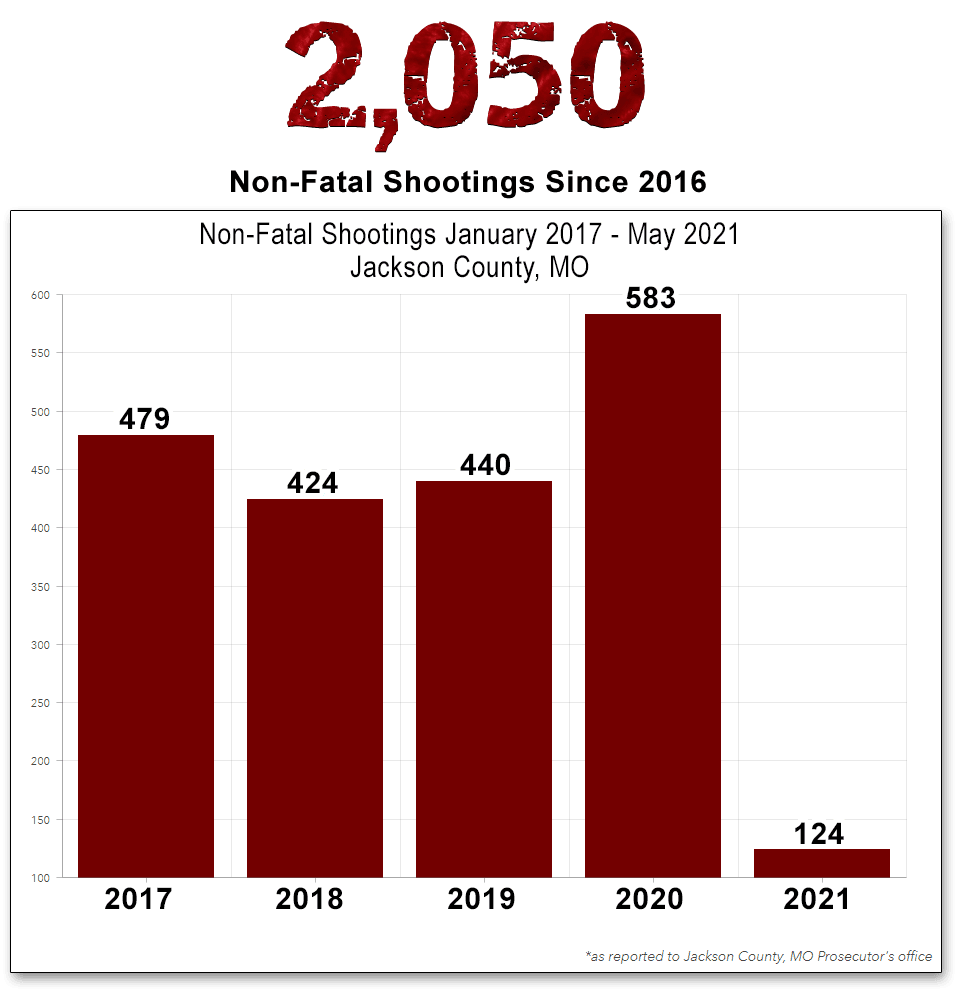 The findings from a study conducted in Washington State has had Jackson County Prosecutor Jean Peters Baker gravely concerned that GSW survivors locally might be suffering the same fate as their counterparts in the Northwest.

“To not address the psychological trauma done to survivors puts them at grave risk,” stresses Jackson County Prosecutor Jean Peters Baker. “That’s something those in the medical profession and those of us in the legal profession are responding to because the odds increase once a person has been shot that they will be shot again—and the next time their wounds might be fatal.”

COMBAT has funded Project RISE from its inception, with $235,450 allotted for the program in 2021.

• Level 1 begins with the crisis intervention, (a.k.a. "Psychological First Aid), teaching patients coping skills to deal with the more common reactions to trauma.

• Level 2 involves Project RISE's coordinator  and UMKC psychology doctoral students providing “that stepped-up care,” often beginning at the patient’s bedside. The goal is to equip patients with the skills needed for a “psychological recovery.”

• Level 3 care is provided long-term through the TMC/UH Behavioral Health Unit for patients with chronic trauma-related symptoms or other emotional problems.

“Being shot, most people might assume, is a once-in-a-lifetime experience—that the odds of it happening again are like being struck by lightning twice. In reality, a person who has survived being shot in one incident sees their odds of being fatally shot in a later incident increased dramatically. At the very least, I think Project RISE is doing something to reduce those odds. Through this program, the whole person—and not just the bullet wound they’ve suffered—is being treated and, hopefully, that will be a life-saving difference maker.” - Jackson County Prosecutor Jean Peters Baker» Rising To Meet A Challenge