Sheffield Place Anti-Bullying Program — What Does It Mean To Be Kind? 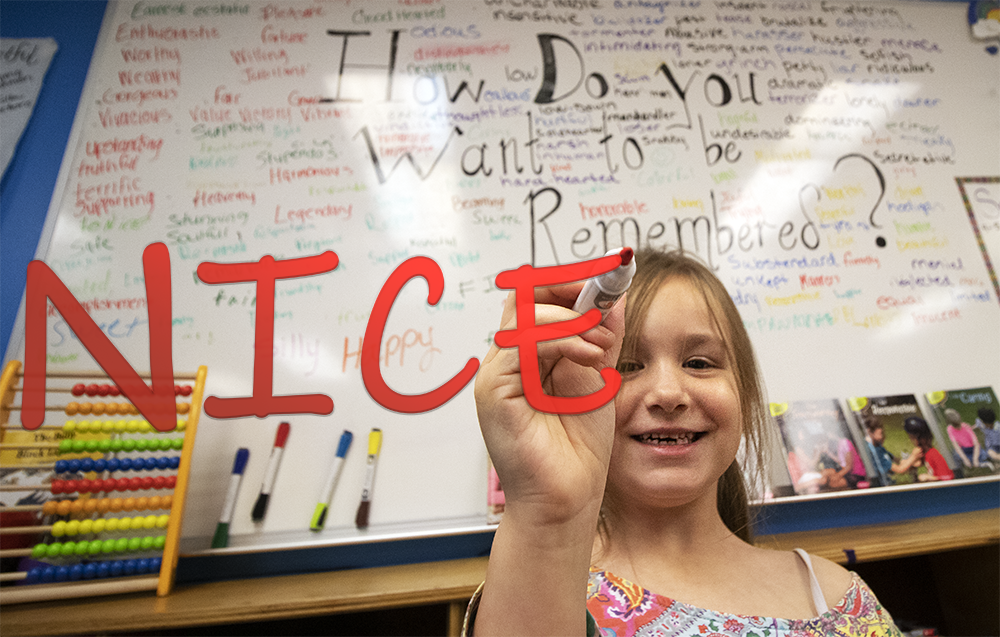 When she began developing Sheffield Place’s anti-bullying program 2½ years ago, Heather Berry deliberately sought to avoid focusing solely on the negative: Don’t be mean. Don’t hurt others. Don’t be a bully.

Instead, “Miss Heather” emphasizes the positive qualities that can help anyone any age be a better person. The Children’s Program Coordinator for Sheffield Place seems to have an endless reservoir of patience. She’s calmly in charge as the kids around her, hungry for attention, call out her name repeatedly—and respectfully.

“We begin with the basics. What is bullying? How do you identify it?” says Berry. “Then we really get started, especially with the younger kids, by teaching kindness and mindfulness. What does it mean to be kind?”

Teaching The A-B-C’s & About Bullying

Among the textbooks Berry consults is one intended for kids as young as 3. The Kindness Curriculum’s chapter titles include “Creating Calm,” “Gentleness,” and “Love.” The book’s introduction poses a philosophical question: “Can we teach happy?”

“We’ve got to start teaching kids about bullying when they're preschoolers,” Berry says. “We need to call out their actions, ask them what’s going on, why do they feel the need to be mean to someone else.

“And start asking them to make better choices to resolve conflicts: ‘Instead of pushing Johnny, what else could you have done?’” 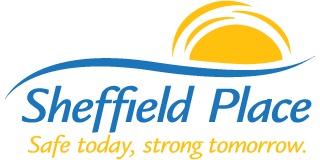 "We've got to start teaching kids about bullying when they're preschoolers." 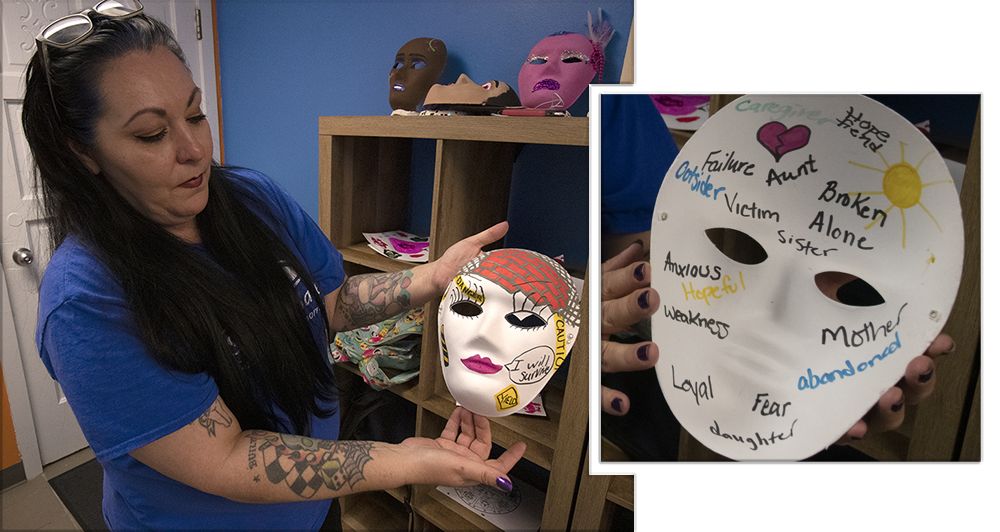 REVEALING MASK — Among the activities that Heather Berry has had the older kids and adults involved in the Sheffield Place anti-bullying program do is creating masks that reflect the persona they project to the world on the outside ("caution," "yield," a brick wall) and how they feel on the inside ("broken," "mother," "abandoned").

Even the youngest kids in the Sheffield Place anti-bullying program, which COMBAT has funded since its inception, may have already witnessed or even endured being the direct target of violence.

Sheffield Place serves homeless mothers and their children, with as many as 17 families living at its residential facility and others in homes that the Kansas City non-profit organization has acquired then refurbished. Among Sheffield Place’s clients, 100% live below the poverty line, 95% have a mental health diagnosis, and 88% have struggled with addiction.

And the background of three in four includes domestic violence.

“We serve families that are hard to serve—that others won’t serve,” stresses Sheffield Place Executive Director Kelly Welch. “Most of our moms have multiple issues, such as substance abuse and domestic violence. When we considered where we had a gap in our services, we looked at bullying. A lot of our kids have been bullied or have been bullies.

‘An Escalation Of Bullying’

The Sheffield Place’s anti-bullying initiative is all-encompassing. Therapists work with not only the children, but also the moms.

Berry and Shelby Hansard, a therapist, plan monthly activities for the mothers and their teenagers centered around topics such as self-esteem, mental health, personal safety and forming healthy relationships. The immediate objective is simple: starting a dialogue. Long-term Hansard says the goal is to "build an alliance" between the mothers and kids to help them cope with bullying and other issues after they've completed their time at Sheffield Place.

"Ultimately," Welch says, "we want to break the generational cycle of being bullied and/or being a bully." Bullies and their victims frequently share many traits, among them low self-esteem, and Welch notes if bullying behavior isn’t stopped early on the consequences can be catastrophic.

“Domestic violence is an escalation of bullying,” she states. “Bullies don’t just stop being bullies when they grow up. Their bullying often becomes abuse.”

Helping Instead Of Hurting

Berry worries about bullied kids finding “someone smaller” who they can bully. “For a lot of bullied kids becoming a bully is a way of taking back some control in their lives,” she says. (Welch notes, "For a lot of our moms and their kids the way to survive living on the streets was by being aggressive. Bullying behaviors became a defense mechanism.")

Berry will occasionally pair the older, bigger kids with the younger, littler ones. They’re currently collaborating on a mural (below) depicting the bully-bullied dynamic. An imposing hand—all we see of the bully—is balled into a fist, except for the index finger pointing down at the victim. The figure’s outlines are filled with words representing each person’s self-image. 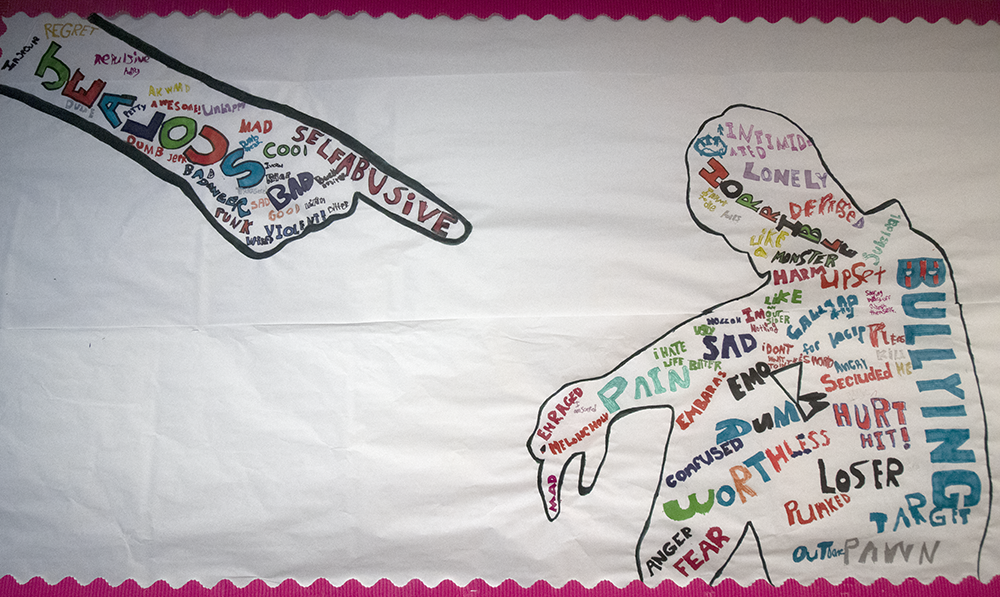 “This is about getting kids helping, instead of hurting, each other,” Berry says. “The older kids help the little ones understand the meaning of those words. They can see how the bully is ‘mad’ and feels ‘different,’ but that the person being bullied is also ‘enraged’ and ‘angry.’”

Words matter, Berry continues. The older kids at Sheffield Place are taught about cyberbullying, learning a lesson many adults have not: thinking before pressing the “post” or “submit” buttons, trying to only send out into the world social media content that is “true, helpful, inspiring, necessary, kind.”

Meanwhile, Berry has encouraged all the children to find uplifting substitutes for all the negatives terms—“insensitive," "coldhearted," "scum”—she’s written around “How Do I Want To Be Remember?” on the marker board.

Isabella grasps a pinkish-orange marker and stretches to reach the bottom of the board. She slowly writes out, “N-I-C-E.” The 5-year-old has written it before on the board, just a few inches over in green.

It’s one of the little girl’s favorite words—a word worth repeating. 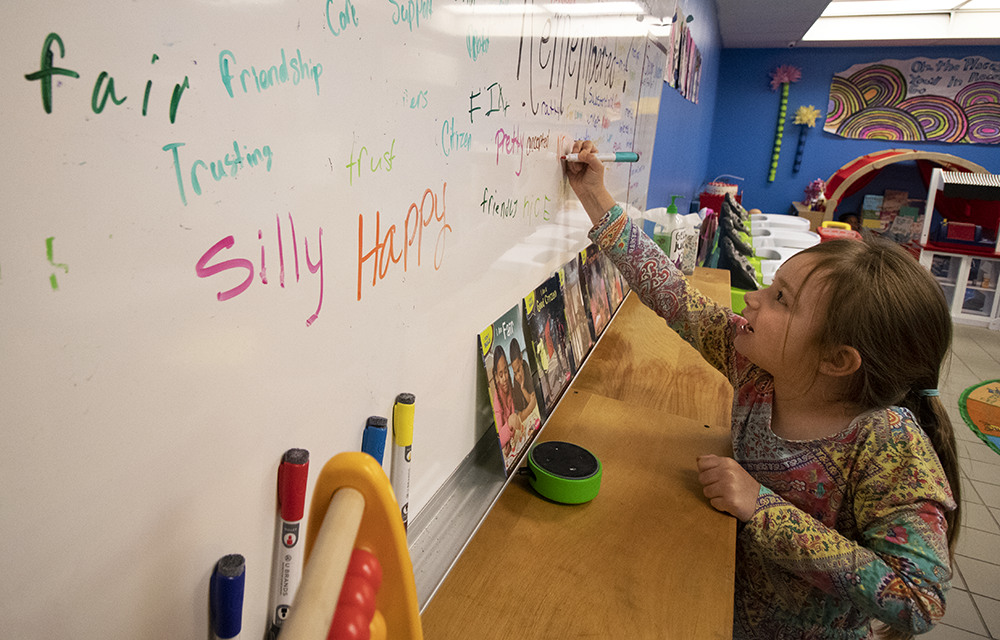 REPEAT AFTER ME — Isabella stretches to write "N-I-C-E" on the "How Do I Want To Be Remembered?" board at Sheffield Place.

"For a lot of our moms and their kids the way to survive living on the streets was by being aggressive. Bullying behaviors became a defense mechanism."