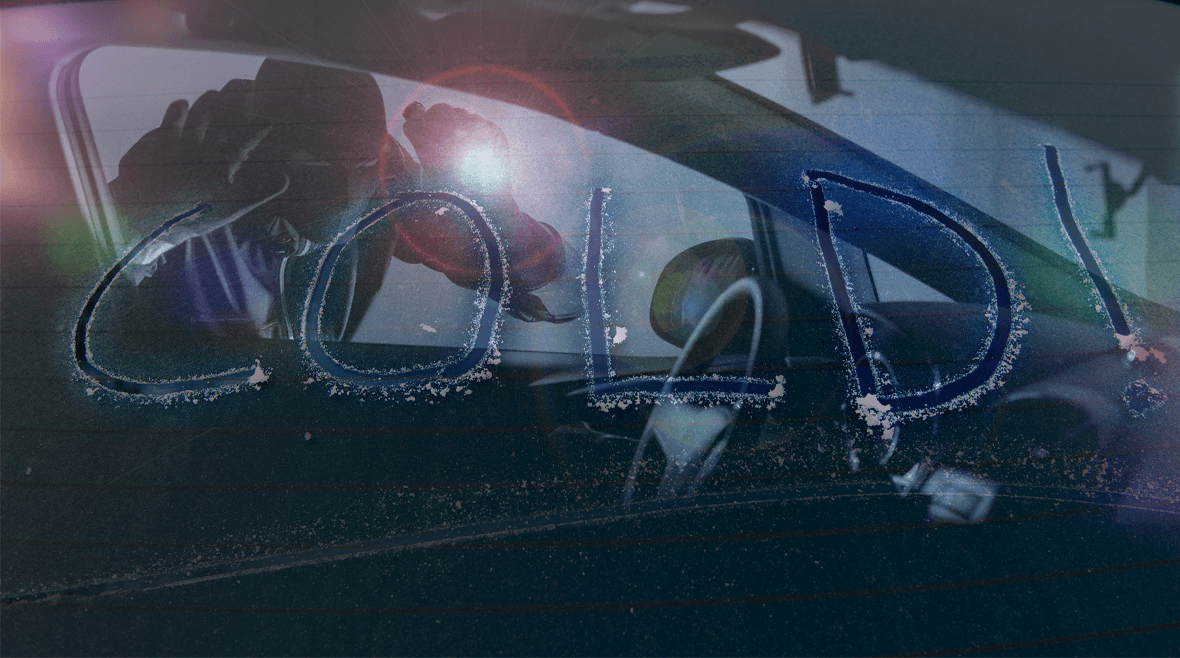 They Will Leave You Out In The Cold

Stolen car reports rise significantly whenever the temperature falls. Car thieves are on the prowl during the winter months, looking for vehicles that have been left unoccupied but with their engines running. There is no safe place to leave a running car unattended—not in your own driveway or in a store parking lot.

Resist the temptation to start your vehicle, then run back inside while it is heating up. You risk coming back outside to find your car is long gone.

It Only Takes A Few Seconds

You might think, "I'll only be a minute," but realize a thief may only need a few seconds to get behind the wheel of your car and drive away. IT CAN HAPPEN TO YOU!

And while you might have insurance to cover your loss, please realize stolen cars are often used to commit even more severe and often far more violent crimes, including robberies, abductions and sexual assaults.

Also, many cities have an ordinance against leaving a car left alone with its engine running. You could be given a ticket. (Rarely do police officers give a person whose vehicle is stolen under these circumstances a citation. They figure the person has learned their lesson the hard way.)

So, bundle up, start your engine, stay inside your car, and within a minute, you can be on your way, warming up with each mile you go.

You don't need to let your car idle for minutes before driving away. In fact, according to cars.com, about 30 seconds is all the time a modern car needs before it's good-to-go on even the coldest days. You just want to give the engine a little extra time before accelerating to highway speeds.

Modern cars have improved on technology to the point that your engine is fully lubricated within 20 to 30 seconds. By the time you get in, start the car, put on your seatbelt, and get situated, the engine might not be fully warm, but it’s completely lubricated and you’re okay to drive at this point.

When temperatures drop during winter it’s a good idea to let the car run for about a minute. Some drivers prefer to let the engine idle for 20 minutes or longer to get everything—including the cabin—really warm, but the fastest way to warm up an engine is by driving....

In terms of comfort, when you drive the car it’s going to warm up in just a few minutes vs. idling for 15 or 20 minutes. Extended idling just wastes gas.