Worried someone you know might be silently suffering so much they’re contemplating suicide? Break the silence. Ask them. Avoid just hinting around. This could be a matter of life or death.

And don’t wait until it’s too late. You might not get the chance to talk someone off the ledge—to persuade them to give life another chance.

“Asking someone about suicide will not put the idea in their head to attempt suicide,” says Kirsti Millar, a Licensed Professional Counselor with the nonprofit mental health service provider ReDiscover, which is based in Lee’s Summit. “That’s a myth, one of the biggest myths out there that I am always trying to dispel.

“Studies have shown that a person will have thoughts about suicide four to seven times before they might attempt suicide. Suicide is rarely an impulsive act.”

“Previous research and popular conceptualizations of suicide have posited that many suicides are the result of impulsive, 'on a whim' decisions. However, recent research demonstrates that most suicides are not attempted impulsively, and in fact involve a plan.” -  Behavioral Sciences & The Law Study

Through its Show-Me Zero Suicide Program launched five years ago this month, ReDiscover had provided counseling and other services—as of August 18, 2021—to 930 individuals . “Of all those people we’ve had in the program, we’ve lost two to suicide,” points out Millar, Zero Suicide’s program director since its inception.

COMBAT provides funding for Zero Suicide services to help about 400 youths in Jackson County annually, among whom nearly three-fourths are females and a third self-identify as LGBTQ+—two groups frequently underserved by other mental health/suicide prevention programs. Children as young as 7 have participated in the Zero Suicide prevention program.

Getting Comfortable With Being Uncomfortable

The CPC conducts forensic interviews with children and teens who have been victims of abuse or witnessed violence in their homes or community. Some of these children have had suicidal thoughts and/or engaged in self-harming behaviors, and CPC screens for those who may be at risk.. (CPC receives COMBAT funding for an extensive anti-violence program that covers domestic violence, child abuse and suicide prevention.)

Like Millar, Banker, CPC’s Director of Clinical Services, underscores the need to “start a conversation” with anyone you believe might be thinking about suicide. Her point of emphasis is, of course, on children. 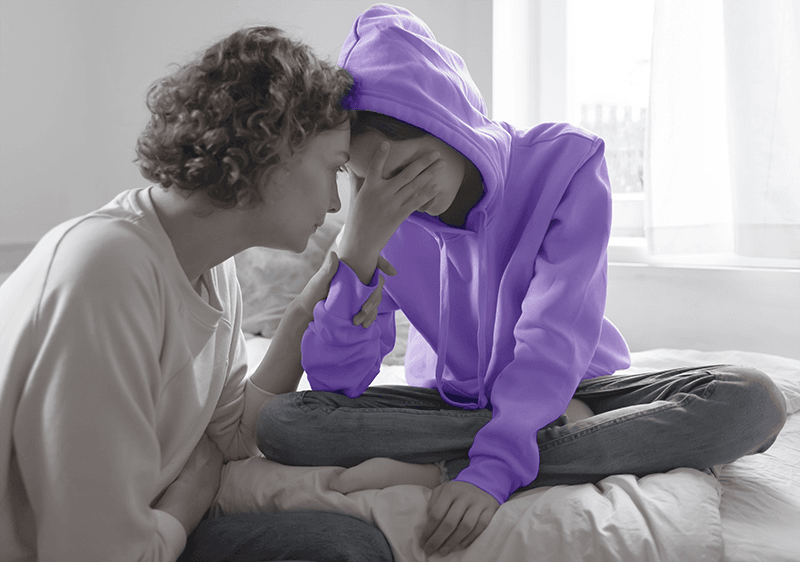 “I talk all the time about the two s’s that we as a society tend to be real uncomfortable talking with kids about: sex and suicide. Both can have life-altering outcomes for kids.”

“If you have a kid who is withdrawn, not talking to others or talking about giving up—saying things like ‘what’s the point?’—you can’t ignore these signs,” Banker says. “You can’t be afraid to ask the question: ‘Are you thinking about killing yourself?’ A lot of kids will feel relieved that someone has recognized that they are struggling.”

“Just have that conversation,” stresses Millar, adding, “I talk all the time about the two s’s that we as a society tend to be real uncomfortable talking with kids about: sex and suicide. Both can have life-altering outcomes for kids.

“We really need to get comfortable with being uncomfortable talking about these things with kids.”

Create A Safe Place To Talk

“Get comfortable feeling uncomfortable” is included in Dr. Sally Spencer-Thomas’ How to Ask Someone About Suicide. Spencer-Thomas, a clinical psychologist, literally provides a step-by-step guide in this article, posted on the National Alliance on Mental Illness website, to begin a conversation that will ultimately lead to a direct, potentially life-saving question: Are you having suicidal thoughts?

This ultimate question should be phrased in a way that shows “empathy and compassion,” according to Spencer-Thomas. (She shifted her focus professionally to concentrate on suicide prevention after a personal tragedy, her own brother’s death by suicide.)

Create a safe, private place to pose any questions about suicidal thoughts.

“Be mindful of how and where you ask this question,” Banker says. “The person you’re talking to needs to see this is something you’re really concerned about. They need to feel safe opening up to you.

“This is the conversation that can lead to getting them the help that makes a real difference in changing their life—that maybe saves their life.”

Be Direct —
Use The Word

Your choice of words matters. If you’re going to ask someone whether or not they’re having suicidal thoughts, do so in way that indicates you can handle the truth.

Posing a question like this—you’re not thinking about hurting yourself, are you?—can prompt the other person to tell you what you seem to clearly want to hear: “no.” Such phrasing signals you’d be uncomfortable, even squeamish, and utterly unprepared to deal with “yes.”

You can’t have a talk about suicide without using the word. “Hurting yourself” is not a synonym for “suicide.”

While you do need to be direct, you can build up to are you contemplating suicide? in a way that demonstrates genuine concern and also sensitivity. Dr. Sally Spencer-Thomas, a clinical psychologist, suggested this choice of words in How to Ask Someone About Suicide:

You know, sometimes when people are going through what you’re going through, they find themselves in unimaginable pain…. Sometimes when emotional pain is so intense, people think about suicide. I’m wondering how many times suicide might have crossed your mind.

Just as importantly as what you say, is being truly in tone to the other person’s responses, including their body language. Be prepared to follow-up, whether their response is “yes,” “no” or unclear.

Was the person able to make eye contact with you when they said “no”?

If their answer was “yes,” thank them for their honesty, be prepared to offer help, and be sure to tell them, “I don’t want you to die.” 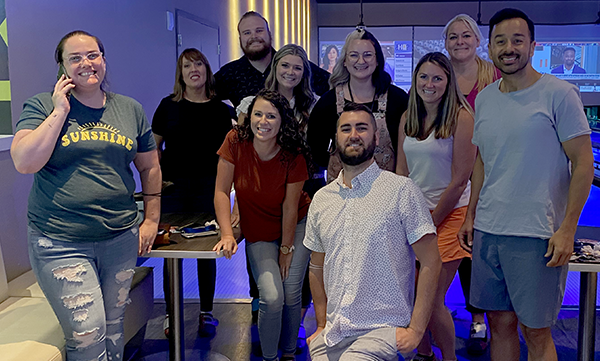 The need for ReDiscover’s Zero Suicide prevention program was self-evident. Less than six months after the program was introduced, the quickly expanding caseload required hiring another case manager.

“We started in September 2016 with just two case managers and me,” says Zero Suicide program director Kirsti Millar. “By February 2017, we were up to three case managers because the need for these services was so great.”

The case managers, according to Millar, offer crucial services “just a step below direct therapy.”

“Our case managers help the kids and adults they work with integrate the therapy they’re receiving into their day-to-day lives,” Millar explains. “Our case managers meet one-on-one with clients where they, the clients, are at. We have a lot of meet-ups at coffee shops, Sonic, the mall.

“We all avoid throwing a lot of clinical jargon at our clients. We treat them like people.”

» Ask The Question: Are You Thinking About Taking Your Own Life?
» Second Leading Cause Of Death Among Teenagers
» See The Signs: Look At The Behavior & Listen To What Is Being Said
» Suicide Deaths On The Rise Among Older Adults
» Ageism's Devastating Impact: Shortening Lives
» ReDiscover's Zero Suicide Program
» Other COMBAT-Funded Suicide Prevention Programs
Contact Us
Funding Formula
STRIVINTogether
Project Rise